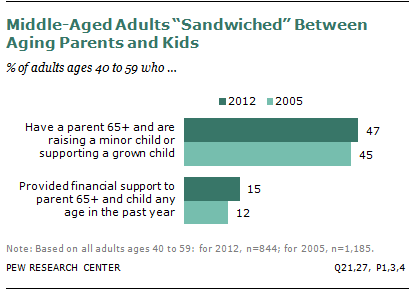 According to the Pew Research Center, just over 1 of every 8 Americans aged 40 to 60 is both raising a child and caring for a parent, in addition to between 7 to 10 million adults caring for their aging parents from a long distance. US Census Bureau statistics indicate that the number of older Americans aged 65 or older will double by the year 2030, to over 70 million  Wikipedia

Part of the key is handling this financial stress is to plan ahead.  Contact Hedley & Co. CPA’s, we’re here to help.